I’m trying to put some structure on the idea of Life And Times Of An Address Space. The best way to do it, I think, is to attempt a taxonomy of address space types. So here’s an initial stab: 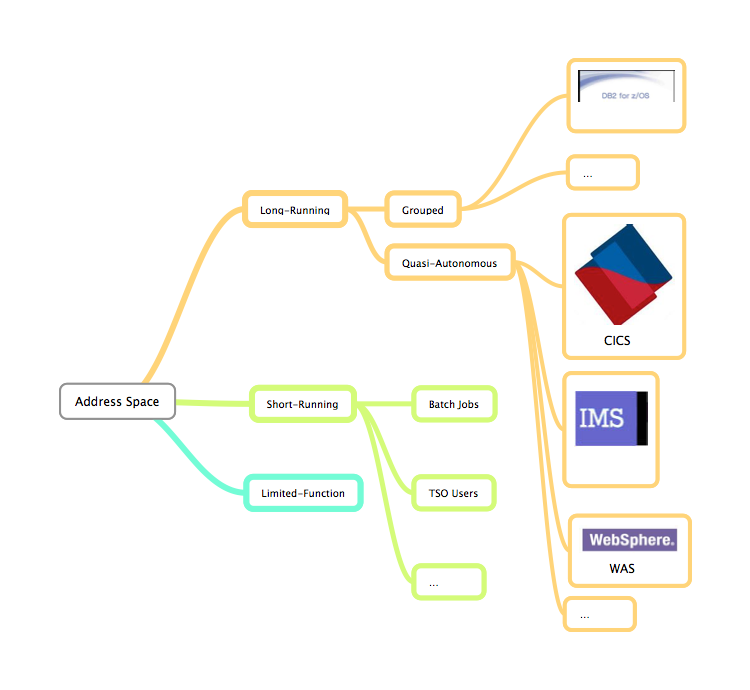 One thing that immediately comes to mind is you can map useful SMF record types onto it: 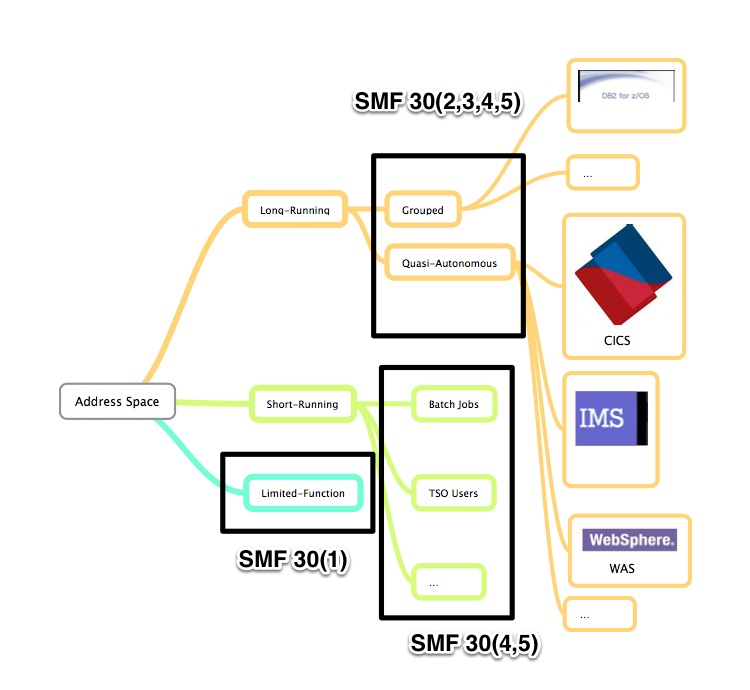 At this point the purpose of publishing this “0.0” version (as you’d see from the URLs of the two pictures) is in case someone says “you’ve got the taxonomy all wrong” or “I don’t like the direction you’re headed in. Though you might find it a useful taxonomy all in its own right.

Yes, I know the annotation is unsubtle. It’s an experiment with Skitch annotation. Of course my home-grown HTML5 Canvas annotation code is much nicer. 🙂

And the product logos are also probably not the final ones I’ll end up with: They’re really my first go at adding graphics to a MindNode-produced mind map. (And I’ve not tried using MindNode for taxonomy before.)

Now, if you were to annotate either graphic and send it back to me that’d be interesting, dontcha fink?