I’ve been fortunate enough to speak at two conferences in the past month:

The first two were given at both conferences and the third one only in Munich.

If you click on the links you’ll see I’ve uploaded them all to Slideshare. I considered it only fair to wait until after the Munich conference to upload them.

I thoroughly enjoyed both conferences. But then I usually do: It’s my prime method of learning (other than by doing, and by data analysis) and I’m always pleased to run into old friends and new. (As a firm believer in “strangers are just friends we haven’t met yet” there were a fair number of those, too.)

It was particularly good to see so many people from Hursley – both CICS and Websphere MQ. As well as the usual other Development labs.

If there were to be only one new feature I spotted it would be the support for Variable Blocked Spanned (VBS) records with REXX’s EXECIO in z/OS 2.1 TSO. Think “SMF processing with REXX”. In my residency this autumn I expect to have a chance to play with this.

I’m writing this using Byword on an iPad Mini, using a Logitech external keyboard – on a flight to South Africa. It’s proving to be a good combination, especially as Byword has MultiMarkdown support (a set of extensions to Markdown) and Evernote supported. It’ll probably be my new writing rig for a while. 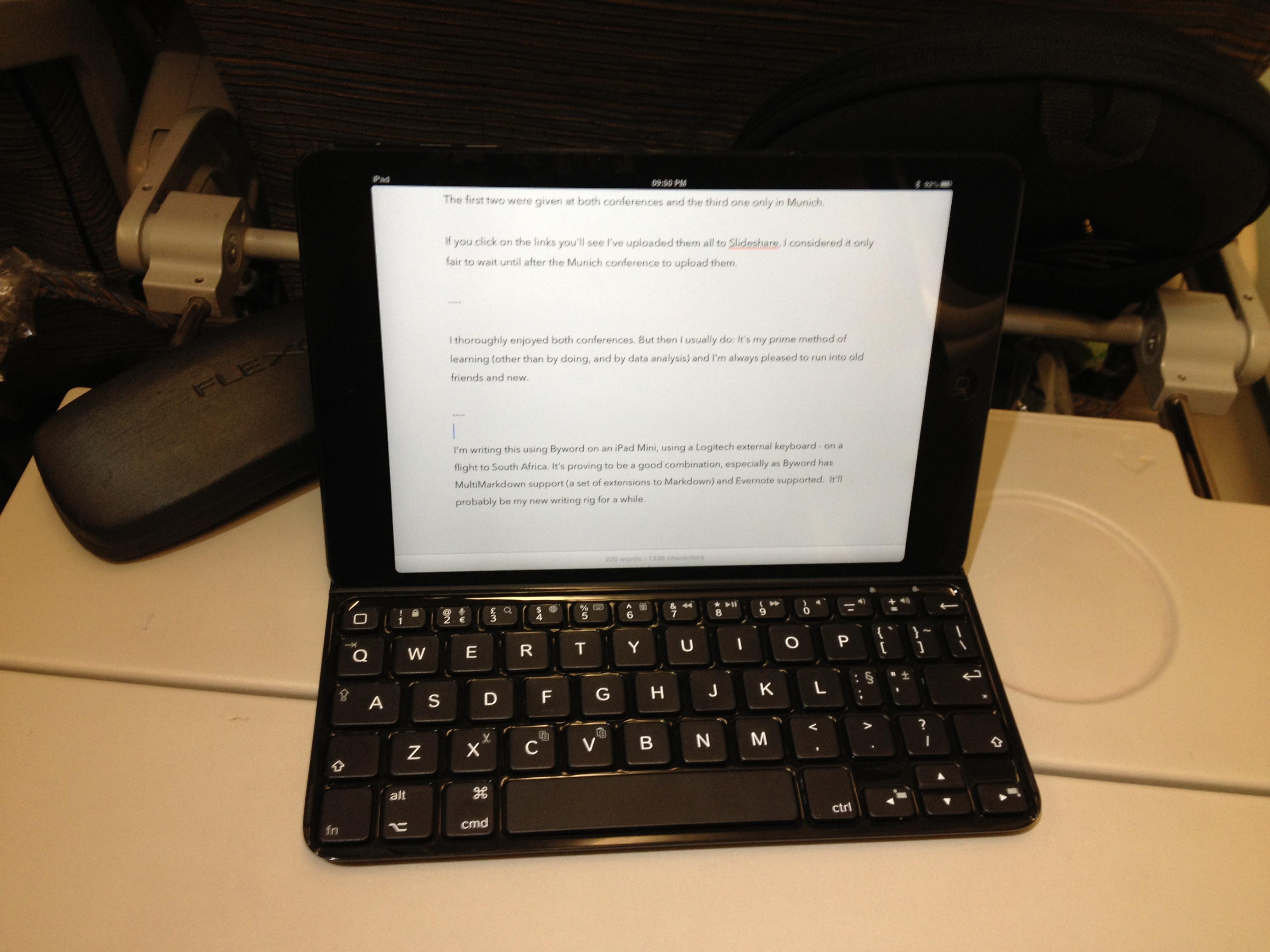 Of course it helps if you put the iPad Mini in the right way round. 🙂 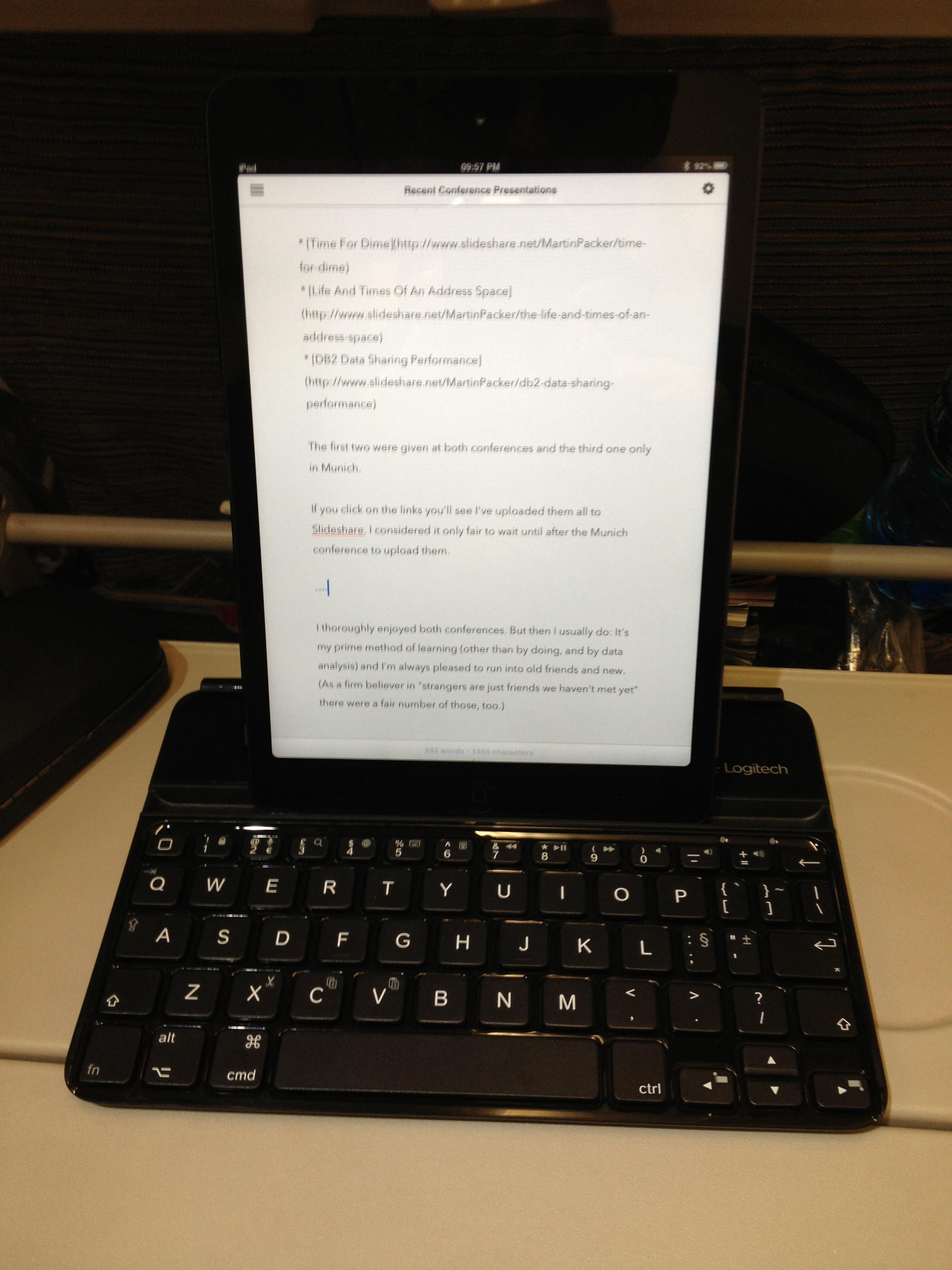 And a week has passed since I wrote this. 😦 It’s been a busy week that’s really been an interesting test of the idea of “treating an address space as a black box”. (And so much more besides.) Perhaps I’ll write about it some time.