Over a year ago I wrote about a couple of iOS applications I was enjoying using.[1]

And now it’s time to write about a third, as it’s part of my authoring toolkit. In Recent Conference Presentations I showed off my then new writing rig: Byword (with MultiMarkDown) and my iPad Mini with a Logitech light keyboard cover. I said that would be my rig for a while.

So this post also serves to talk about my current writing setup. The hardware has changed a fair amount: I still use the iPad Mini in lots of places but now I’m using my iPhone for writing in tight spots and a new iPad Air for where I can spread out a bit more.

The software has changed as well: I use Byword on the Mac for final editing and use it less on iOS devices. That’s because I have a new writing tool on the iPads: Editorial, which also does MultiMarkDown. The “secret sauce`” in Editorial is the ability to write what are called workflows. Some of these are drag and drop essentially pipeline stages. But, and this is where my interest really takes off, you can write workflows in Python.[2]

Those of you who follow me on Twitter might’ve spotted me talking about building workflows with Editorial. The two most notable ones – both built in Python are:

But here’s a simple workflow. It does a (probably useless) thing of inserting the name of the iOS device into your document’s text at the cursor. The workflow has only one “stage”, a Python script[3]: 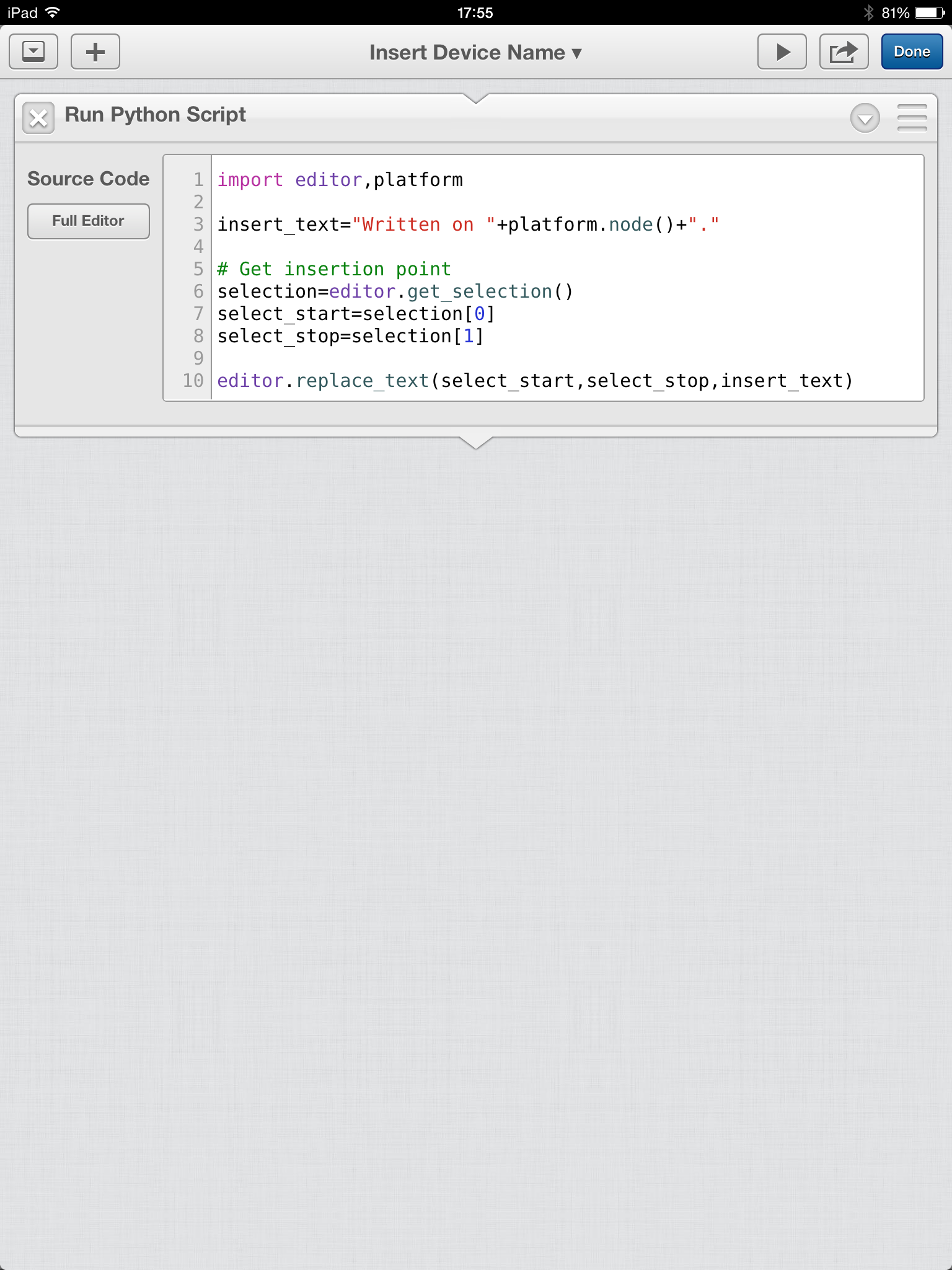 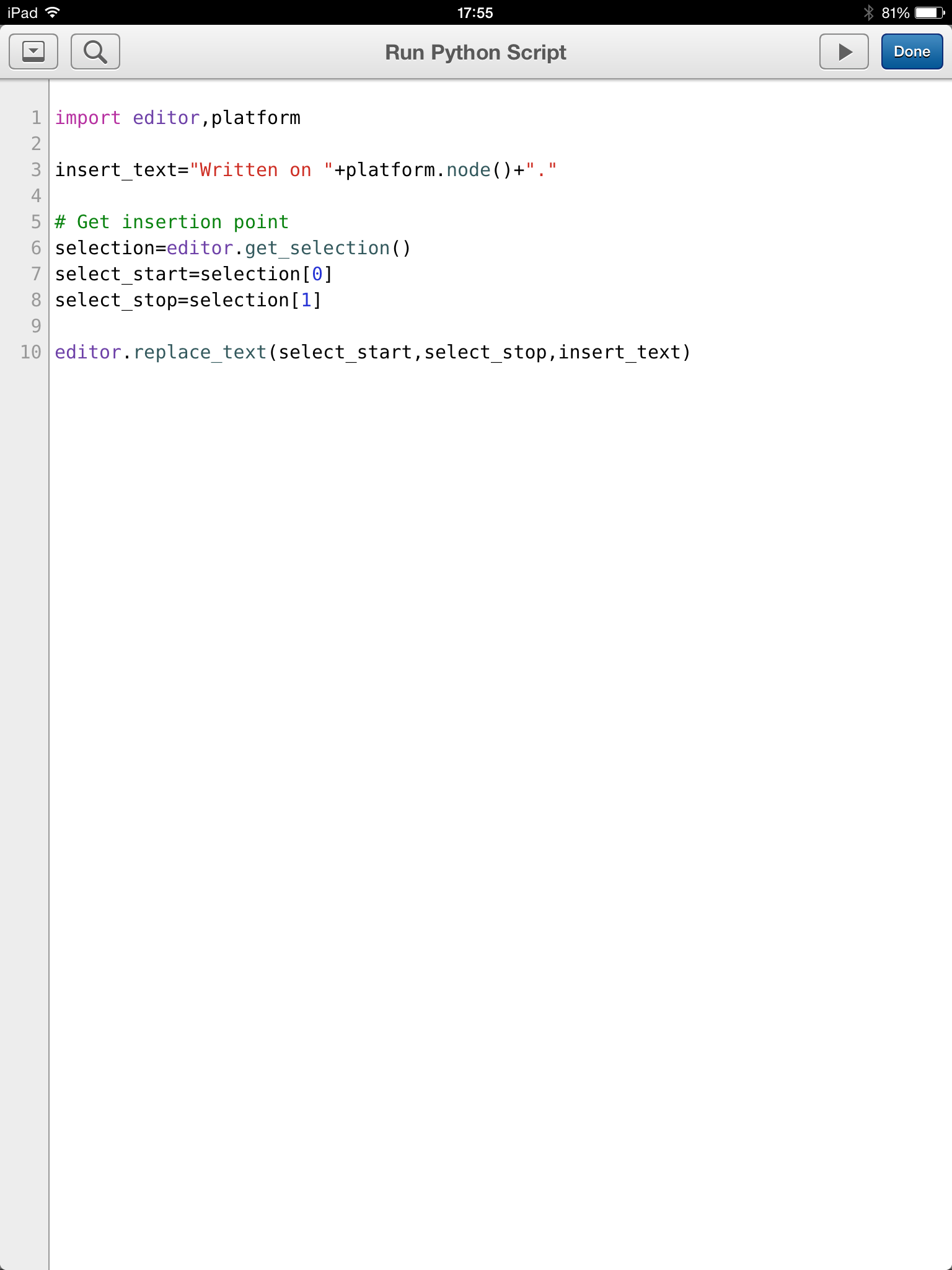 and then you can edit, with some very nice syntax assistance and module prompting, to your heart’s content.

When you run this the words “Written on FunfPad[4].” are inserted into the text. Actually, if you have selected range of text it will all be overwritten with these words.

Of particular note here is the editor module – which gives tight integration between Python and the editor. Others such as workflow round the integration out nicely.

There’s a nice little community for discussing Editorial (including with the author) at omz:software Forums.[5] I’m learning a lot from this community.

I’m also using Dropbox to keep posts and graphics I’m working on. This enables me to work on them across Linux, OSX and multiple iOS devices. (I have no reason or appetite to write on Windows.)

So, you can see my writing toolset is evolving, and no doubt it will continue to. By the way this is my personal view and experience, rather than an IBM endorsement. But I’m sure you realised that.

3 thoughts on “Appening 3 – Editorial on iOS”